Collaboration, Connection and Community: The Strategy Behind Vista Village’s Revival

The Las Vegas-based CFT, which has operated a Panda Express in the center for the past 15 years, saw a great opportunity to purchase Vista Village, which fits well with the firm’s long-term real estate investment platform.

One of the segments in which CFT is investing in is grocery and entertainment-anchored centers in strong trade areas that have a strong local community.

“As a family office, we are long-term real estate investors. When we see a community like Vista that is taking part in downtown’s growth - people are shopping and watching movies - all the activity is there,” a CFT spokesman said. “We feel this is a really good long-term stable asset for us to continue to invest in and elevate the experience for the community and visitors.”

While it’s too early to discuss additional development plans for the 235,299 square-foot center, he said the company wants to plant deep roots in the Vista community.  “Whatever tenant mix we add, we want to make sure it serves the community well in the long run. We want to be part of the redevelopment happening downtown and we want to make a positive contribution to the entire community. So, we will continue to work with all the tenants and listen to the community.”

CFT’s long-term goals are in sync with the City of Vista’s Downtown Specific Plan. In fact, over the last several years, the city has been busy activating the streets of downtown, creating a renaissance of sorts - blending the old with the new, from historic downtown improvements to attracting craft breweries, unique shops, and popular restaurants. Vista Village, in particular, has experienced its own revitalization in recent years.

The center - which is connected to historic downtown Vista via Paseo Santa Fe and has multi-modal transportation connections - has attracted new shops and restaurants over the last few years that are, in turn, attracting locals and visitors from around North County, including Swami’s Cafe, Raising Cane’s, and the soon-to-be-open Culichi Town, a popular Sinaloa style restaurant that serves up Mexican style seafood and sushi.

“I think developers and businesses have taken notice of the renaissance happening downtown, which means additional potential customers for them. I think we have presented a really good story that shows there is value in the downtown districts like Vista’s,” Ritter said.

Kevin Ham, Vista’s Economic Development Director,  added that the new Creekside Apartments, as well as a five-story mixed-use development near Vista Village - which includes two levels of underground parking, 14,880 square feet of commercial space and 126 apartment units - are also valuable assets for businesses in the shopping center.  “We understand the downtown businesses need daytime as well as night time traffic. So bringing in residential units and employees to this area is important,” he said. 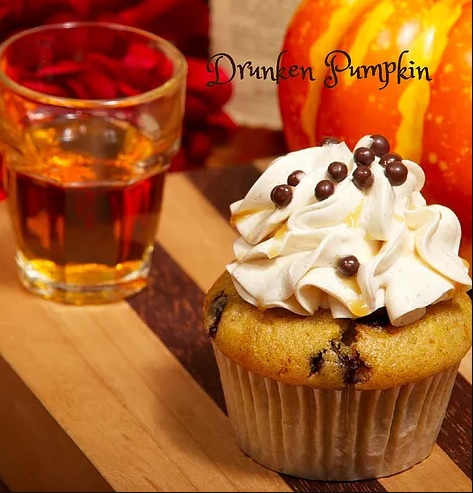 Don Hein, the owner of two-time Cupcake Wars winner Little Cakes Kitchen in Vista Village, has also seen a rise in business since the city began its downtown redevelopment plan in 2015. Hein, who opened his popular bakery in 2010, said he chose Vista Village after receiving a positive reception from the city and community.

“I remember Kevin Ham driving me around in his car and helping me look for a location,” he said. “The city also had the facade improvement program, which paid for 50% of our sign, which when you are opening your business, that’s huge.”

“You see that a lot with the city - they are always trying to help the businesses and create more vitality downtown,” Hein added. “They try to make the process easier for small businesses. I remember submitting my plans for my build out; the next day they called me and it was approved.”

What began as a modest business has grown into one of the most popular bakeries in North County. Hein said shortly after opening Little Cakes, which now has 10 employees, he was able to make a deal with Frazier Farms to sell his cupcakes. Soon after, Mother Earth Brewing opened its taproom downtown, and that was the beginning of a nice “brewmance.” Since then, the two businesses have collaborated on beer-cupcake pairings, including the creation of an IPA cupcake. Little Cakes is also now wholesaling its unique desserts to Belching Beaver Tavern & Grill, Backstreet Brewery, and 508 Tavern.

Little Cakes’ partnership with Vista’s craft breweries is just another example of the camaraderie of downtown businesses, Hein said. He also gives credit to the support from the city and community for helping Little Cakes grow. The bakery recently opened another location inside Gelson’s Market in Del Mar.

“The support from the Vista community has been overwhelming,” Hein said. “When we first opened, someone came in and said, ‘Thank you for being here.’”

“Another cool thing about downtown Vista is the city and businesses are trying to a create a cultural place where people can connect with each other and hang out,” added Hein, who grew up in the suburbs of Chicago and moved to Vista from Los Angeles about 15 years ago. “In a lot of ways, with social media and other things, people don’t have those one-on-one interactions as much, but in Vista, you can get those organic interactions. I love being part of this community.” 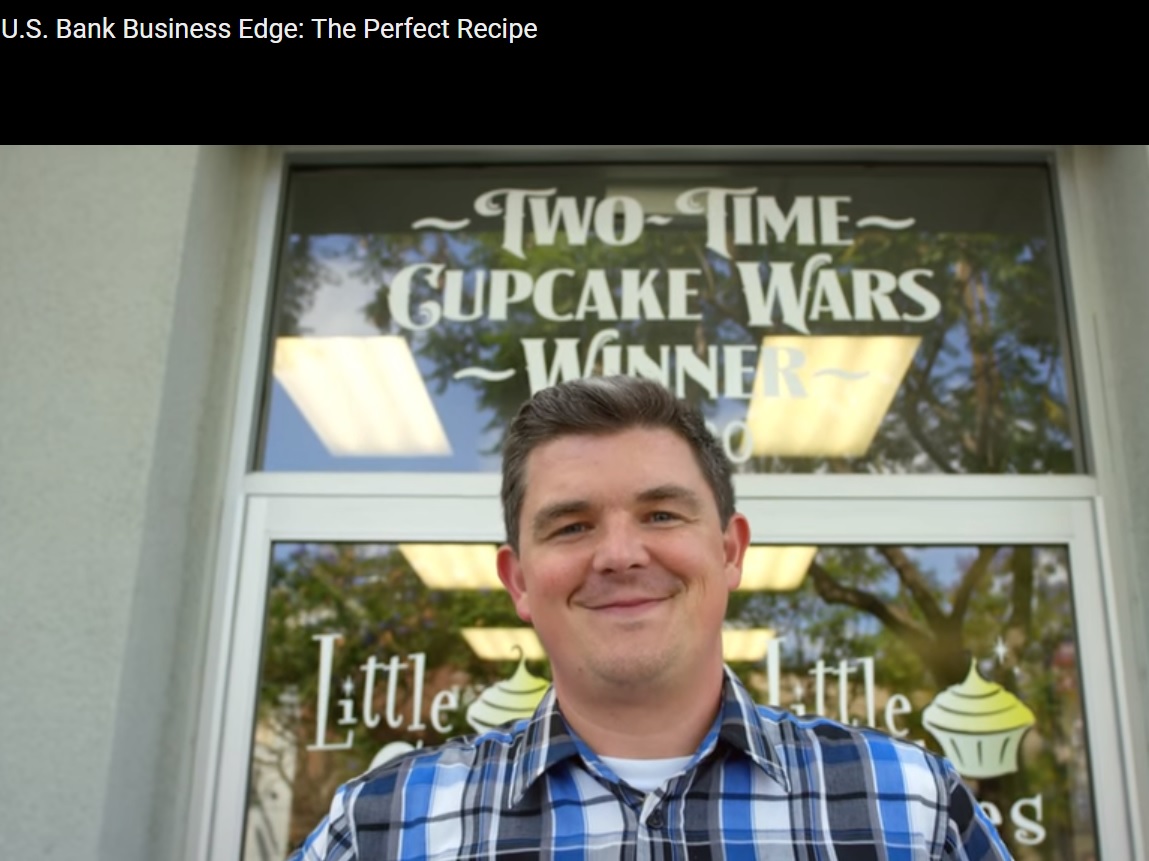 Meanwhile, over at Cinépolis Vista, located in the center of the downtown redevelopment project in Vista Village, patrons come from all over North County.  Frank Soto, Regional Manager, Southern California for Cinépolis USA, said the theater has been consistently busy since it originally opened in 2003 as the Krikorian Metroplex Vista Village, but he has seen increased foot traffic over the last few years, which, he believes, is partly due to the development going on downtown, plus the addition of nearby breweries.

“The city has done an outstanding job in the surrounding areas around the Vista Village complex,” said Soto, who was also the theater’s general manager from 2006 to 2018. “The new shops and stores on Main Street have really revived the downtown area. The housing on the corner or Santa Fe and Vista Way and the housing on S. Santa Fe near the theater have made the area feel more modern and inviting. The newer apartments inside the Vista Village complex next to the creek have made the area feel more family-friendly and has made that area more attractive.”

When the theater was purchased by Cinépolis Luxury Cinemas in February  2015, it was the first non-luxury cinema for Cinépolis in California and the sixth Cinépolis theater to open in California. The theater originally had 3,053 rocker seats before it was renovated to reclining seats in 2016. The theater now has 1,510 seats, which includes 1,246 leather recliners and 264 special seats. The theater has two specialty auditoriums that no other theater in San Diego has. There is an interactive auditorium called 4DX that makes the guest feel that they are part of the movie, as well as motion seats that follow every action on the screen.

“There are also other special interactive effects such as rain, fog, snow, lighting, and bubbles that really make the guest feel that they are part of the movie experience,” Soto said.

The other specialty auditorium, Soto said, is the Cinépolis JR, which is designed for families with small children. There is a jungle gym inside the auditorium for the kids to play in 20 minutes before the film and 15 minutes in the middle of the film during the intermission. There is also a toddler area in front of the screen for those children that are too small to play on the jungle gym. The auditorium has bean bag chairs and large pillow seats in some of the rows. The Cinépolis Vista Village and the Cinépolis in Pico Rivera (located in southeastern Los Angeles County) are the only theaters in the nation that have these types of auditoriums.

“The city of Vista has been an important part of the theater from day one,” Soto said. “They have always been supportive of the theater during the construction back in 2003 and when Cinépolis purchased the theater in 2015. They have given us guidance in how to proceed with any special licensing such as the renovation in 2016 and the beer and wine license last year.”

The theater has about 45-to-50 employees on average, which increases to about 65-to-70 during the summer.

Want to find out what else is happening in downtown Vista? Read Part 1 of our downtown series.